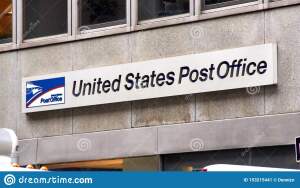 Cleophus Thomas, Senior was born May 18, 1934 to the former Johnnie Mae Williams and Phillip Thomas. After the early death of his parents, he was raised by his maternal uncle Bruce Thomas and his wife the former Georgia Spradling. He was educated chiefly in the public schools of Walker County where he was twice double promoted and had the rank of first in the class. He often taunted Frankie Harper (Underwood), who taught briefly at Cobb High School and became President of AEA,  that the only reason she was valedictorian was that he moved. Mrs. Harper did not dispute it and noted she applauded his departure!

He married the former Bernice Cook and entered the U.S. Army and was a member of the 87th Airborne Division. He achieved the rank of Master Sergeant. Upon leaving service he was employed by Booker T. Washington Insurance Company and moved his family to Anniston, the site of a regional office. The family joined Mt. Calvary Baptist Church, where the Rev. G.E. Smitherman was pastor. Mr. Thomas was a Deacon, Sunday school Superintendent and member of the male chorus.

In the late 1960s, he resigned from the insurance company and was employed at the Anniston Post Office as a postal clerk.  Robert "Bob" Harris was the first African American postal worker employed in Anniston in a non-segregated employment assignment, assigned special delivery. In 1965, Nathaniel Davis was then hired as the first Black postman.  Thereafter, Cleophus Thomas was employed as the first black postal clerk and would serve several terms as local President of the APWU.  Upon retirement from the U.S. Post Office he worked in the jewelry business with his wife and daughter. He was last employed with Crescent Transportation. He had immense respect and often mentioned his regard for the Everett family, the drivers, the children and the Anniston City School faculty and staff.

In lieu of flowers, the family respectfully requests any memorial gifts be made to the Mrs. Cleophus (Bernice Cook) Thomas Endowed Scholarship in Art and Art History at the University of Alabama at Birmingham. Gifts can be mailed to UAB Gift Records, AB 1230, 1720 2nd Avenue South Birmingham, AL 35294-0112 or online at go.uab.edu/bernicecookthomas.

To send flowers to the family or plant a tree in memory of Cleophus Thomas, Senior, please visit our floral store.